from HTYP, the free directory anyone can edit if they can prove to me that they're not a spambot
< US‎ | NC‎ | Durham
Jump to navigation Jump to search 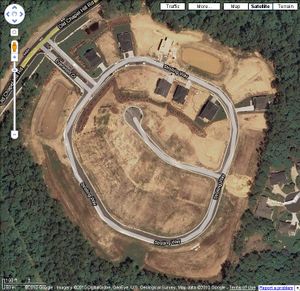 Everwood is a suburban subdivision built on 23.131 acres in a semi-rural area of Durham, NC off Old Chapel Hill Road just west of Garrett Road. It was initially cleared in approximately 2006-7 (this is from memory; need source) and a handful of houses were built, though sales have apparently been slow due to the 2009 economic recession and occupancy appears to be low.

The of land on which Everwood was built was owned in 2006 by Old Chapel Properties, LLC

Everwood is one of many ironically-named subdivisions: