On 2006-11-30, The Hypertwins received the following letter from Kathleen Cooney-Porter of Oblon, Spivak, McClelland, Maier & Neustadt, P.C. In short, they claim that the name "PsyCrit" and the domain name psycrit.com, which are being used for the online journal PsyCrit, infringe on "PSYCCRITIQUES", a trademarked name of their client the American Psychological Association (APA), which the APA are apparently using for "providing an online database featuring reviews of books and films pertaining to the social and behavioral sciences". (That database would appear to be located here. The APA has also apparently had the domain name psyccritiques.com registered since 2004 but for reasons unknown does not seem to be using it in association with the psyccritiques web site, even as a redirect; psycritiques.com does not resolve to an IP address as of 2006-12-14.) 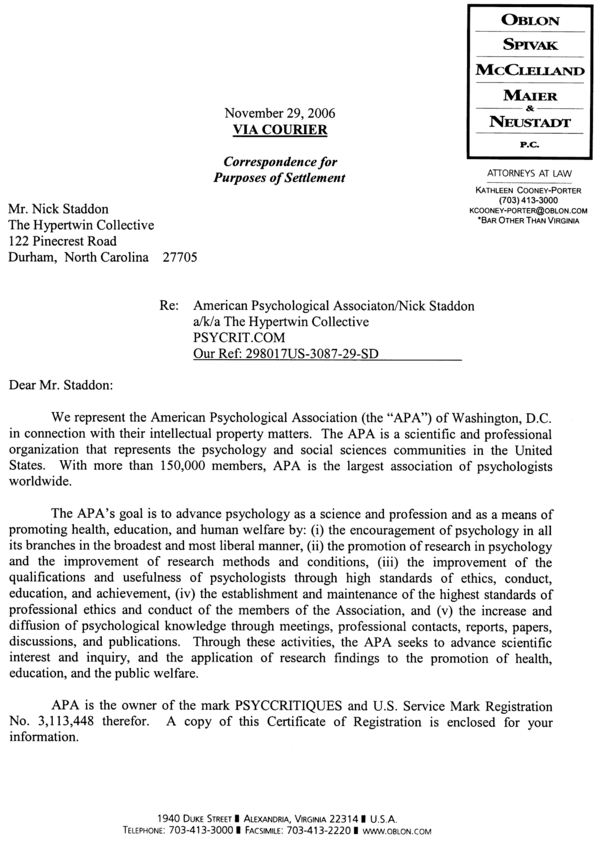 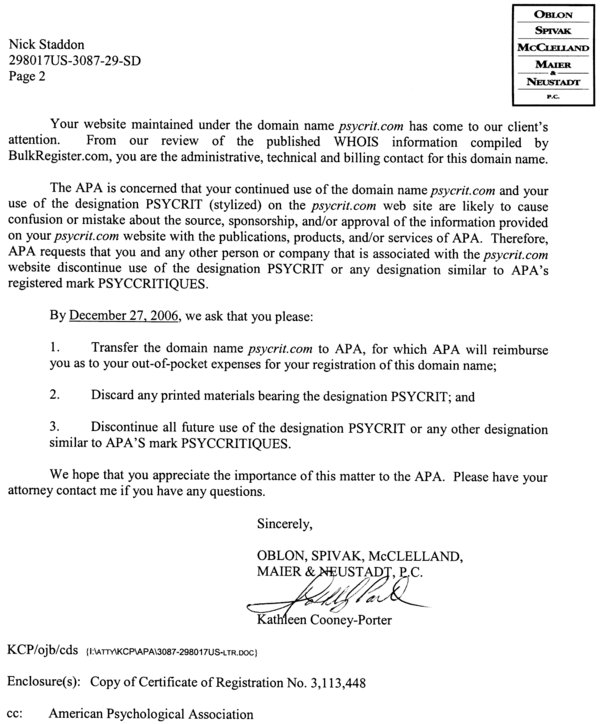 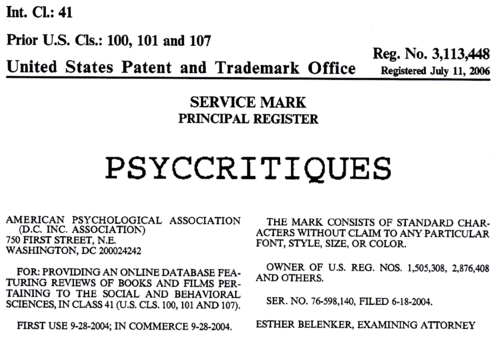